Breaking 40. A thrilling start to race season with a new personal best!

My first run, let alone race, with other people since Park Run in early 2020 was everything I hoped it would be and more.

The setting of Kew Gardens, somewhere I had not visited before, provided much needed respite from my marathon training round the streets of London. The beautiful gardens and ornate buildings ensured a colourful and peaceful background for the pancake flat course.

The gates opened at 7am for the first of four waves of runners, with the race starting at 8.20am.  The organisation and protocols, to ensure COVID safe, were well handled with ample hand sanitiser points, plenty of loos, and a well spread out baggage drop area.

I must admit to having a few nerves. Training has been going well, but more targeted to the marathon I am running at the end of May. So I was unsure exactly how that would translate to my 10k. That said, I had gained confidence from a few recent interval runs that encouraged me that I had the potential to go sub 40 mins for the first time officially.

Unsurprisingly, I had a few niggles from my marathon training as the long runs stack up.  More for my own peace of mind, I had strapped up my left hip and once I had performed my usual ten min dynamic stretches and warm up I felt ready for the start.

The weather fortunately was pleasantly cool and stayed dry throughout the race before a number of downpours for the rest of the day.

The startline was a short jog from the baggage area so I finished my warm up by circling the grassy area near to where the markers had been laid out to ensure 2 second distance between runners at the start. Shortly afterward we were making our way through and it was just an amazing feeling to cross the start line greeted by the announcer over the tannoy and applause and cheers from the organisers and support team.

We were racing again!

The start was quite wide and it was easy to find space and set into a routine.  I was keen to not go out too quickly and keep as close to my target 4min per 4km for the first 7k then pick up if possible.

I was pleasantly surprised how good the pace felt for the first KM but at 3.53 I intentionally tried to pull it back a bit and the second KM ran 3.58.

I mentally clocked that I would stay tight to 4min per km for the next 5k and not let my mind wander, intentionally trying to keep my head up and take in the great scenery.  I was truly grateful and thankful to be out there running, doing what I love, and the regular tight turns certainly helped keep me focused on the task at hand.  It was challenging but so much more comfortable than I have felt previously at that pace for a sustained duration. A satisfying to know the training was paying off.

Passing the 7k marker was a great sight and I knew I had built up a good foundation and had enough left in the tank to go sub 4k for the last 3k.

The eighth KM was noticeably quicker (3:48) and it did take a small amount out of me in the Ninth (3:55) but when I saw the 9KM marker I just focused on trying to pass people and take 100m metres at a time.

I could see the finish three turns from the end and just floored it.  The home straight was long enough to give the chance to be lung busting and contemplate the thought of slowing down but there was no way I was going to do that with just metres left.

I passed the line, stopped my watch and gathered my breath. I saw 38mins!  I also saw the distance on my Garmin showing 9.98Km! I was not going to miss the 10k so I quickly resumed the run on my watch and jogged another 20 or 30 metres.  Watch stopped for the second time.

I was delighted.  Such a rush to finish and many congratulations to other finishers made, from a safe social distance.

Thank you Richmond Runfest for putting on such a great event at short notice (following the postponement of the Richmond Marathon).  If you want a fast, interesting 10k race in beautiful surroundings then check out running in Kew in future events later in the year. 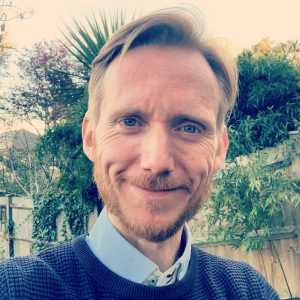 I’m an author, speaker and marathon runner who is an advocate for the empowerment of others, in particular children, through exercise and technology.

I am on a mission to improve the outlook and sense of wellbeing in others and committed to my belief that enjoying exercise and expressing your creativity can be a launchpad to build self confidence and lead to a better, more fulfilling life.

PrevPrevious5 reasons to run (or walk) and why you should lace up your trainers now!
NextWhat I wear on marathon race dayNext